International Conference on Automation, Quality and Testing, Robotics
- MAY 19-21, 2022 -

The Organizing Committee has the pleasure of inviting you to participate in the International Conference on Automation, Quality and Testing, Robotics, AQTR 2022 (THETA 23), which will be held in Cluj-Napoca, Romania, on May 19-21, 2022. The conference follows the tradition of the 22 automation and testing-related scientific events, organized in Cluj-Napoca since 1981 under the name THETA/AQTR.

AQTR 2022 is an international forum for researchers in the field of automation, quality, testing and robotics. It will bring together researchers, equipment manufacturers, software developers and end-users to discuss the current trends and future directions of control and testing technologies and their industrial and social applications in the private and the public sectors. Active participation of students and graduate students is strongly encouraged.

Accepted full papers will be included in IEEE Xplore and submitted for Clarivate (former ISI) indexing (all editions since 2006 are indexed in ISI Web of Science).

1599All time accepted papers
1923All time participants
45All time countries

AQTR'20 will be held in Cluj-Napoca, the main city in Transylvania. With its rich historical and cultural heritage, Cluj-Napoca is an intellectual centre with an active society, renowned universities, museums, theatres and eye-catching architecture. 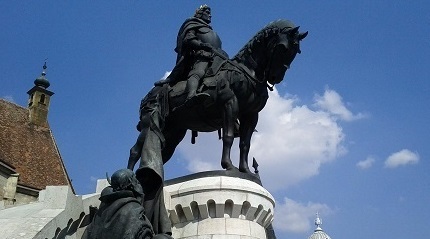 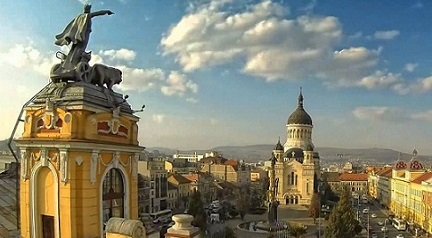 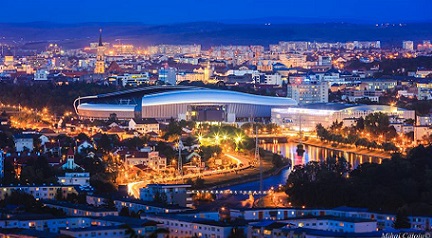 Cluj is an important academic, industrial and commercial center. It is a dynamic multicultural and diverse city with a population of around 350000 inhabitants and 120000 students. The city was the 2015 European Youth Capital.

Accepted papers (except Emerging Topic/Case Study papers and Student Forum papers) will be included in IEEE Xplore and submitted for ISI indexing (all editions since 2006 are indexed in ISI Web of Science), after they are presented.

IEEE reserves the right to exclude a paper from distribution after the conference, also from IEEE Xplore® Digital Library, if the paper is not presented by the author at the conference.

Special session proposals are welcome and can be submitted to the Special Session Chair via email: Cristina.Muresan@aut.utcluj.ro.

Special sessions consist of at least 5 or more papers presenting a unified topic, should have at most 3 co-organizers, preferably from different organisations. Each (co-)organizer may be the (co-)author of at most one paper in their special session.

Proposals for special sessions must detail the motivation and relevance of the session and should include a list of 6 potential contributions, including manuscript title and prospective authors. All papers submitted to a special session will undergo the peer review process as other manuscripts.

In the event that the special session does not collect at least 5 papers, the accepted papers will be considered as regular papers.

Student presentations in the conference topics. This session is addressed to the undergraduate and master students.

You will find guidelines for authors, below. Papers have to be submitted through the paper submission site.

The accepted papers in this session will be published in a separate electronic volume with ISBN.

Registration for Student Forum section is free of charge. For any other information, please don't hesitate to contact the Student Forum Chair.

In the submission form choose one Topic that is most relevant for your work, or the special session in which you would like to include your paper.

Each submitted paper should be a complete PDF manuscript, up to six (6) pages (inclusive of all figures, tables, and bibliography) in the standard IEEE conference format: A4 pages, two columns, single spaced, 10 points Times New Roman font. We recommend the use of the A4 IEEE template. Papers not compliant with the IEEE format or exceeding the page limit will be returned without review. Papers identified as double submissions with respect to other conferences and/or journals will be rejected.

Papers submission will be managed using EasyChair. If you have used this system previously, you can use the same username and password. If this is the first time you are using EasyChair, you will need to create a new account. Upon completion of registration, you will get a notification email from the system and you can submit your paper.

1. Regular and special sessions papers accepted for Oral presentation will be included in IEEE Xplore and submitted for ISI indexing (all editions since 2006 are indexed in ISI Web of Science).

AQTR reserves the right to remove from any type of publication the papers that have not been presented at the conference.